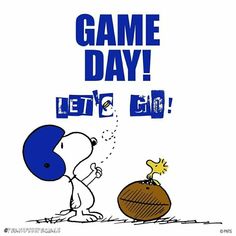 The Giants vs Jets games have been referred to as the Snoopy Bowl. This goes back to being MetLife Stadium and MetLife used to use Snoopy in their commercials.

The Jets blitz on 40.9% of dropbacks. That is third most in the league. However Daniel Jones has already faced the Cardinals (40.9%) and the Buccaneers (51.6%) who blitz at the highest percentage. Against the Buccaneers  on plays the Buccaneers brought pressure, Jones finished with a passer rating of 133.1, according to Pro Football Focus. Jones completed 73.7% of his pressured attempts at 12.8 yards a clip for a 133.1 passer rating.  The Buccaneers have more formidable pass rushers than the Jets. Tampa Bays rushers and their year to data pressures are Shaquil Barrett (24), Vita Vea (14), Carl Nassib (13), Ndamukong Suh (12), Lavonte David (10) and William Golston (10).  The Jets players start showing up at eight pressures with Neville Hewitt and Jordan Jenkins.

It is interesting to note that for all their blitzing the Buccaneers only had a pressure on 23.2% of dropbacks and the Jets on only 20.7%. The Giants blitz at a rate of 27.7% but had a higher pressure percentage with 23.3%. A pressure is defined as a hurry, knockdown or sack.

For 2019 Daniel Jones is having a better year than Sam Darnold. Here is a stat comparison for their 2019 seasons. The better data is highlighted in yellow.

In fairness to Sam Darnold he had a much better rookie season in 2018 than he is having this year.

Both teams are having brutal seasons. Both head coaches are potentially on the hot seat to get fired. These are teams playing for their coach’s future. A loss to a poorly performing metropolitan rival would not be good for the coach. Shurmur delivered a message to the team that it’s make it or break it time. One player summed it up as ““Guys understand those mistakes are unacceptable and if individuals don’t get it corrected, they probably won’t be playing anymore.” Some Jets fans had rented a plane the flew over the city on Friday with a banner reading “Fire Adam Gase!”.

I have said all along that if Shurmur can somehow squeak six wins out of this season he should stay to provide continuity to what appears to be a good development of Daniel Jones. Tom Coughlin went 6-10 the year he started Eli Manning. Coughlin went on to lead the Giants to two Super Bowl victories. Out of the remaining games that makes this Jets game a must win. Based on the season so far the Giants should win. However the Jets did pull the upset and defeat the Cowboys which the Giants have been unable to do. So you never know.

As for Adam Gase again I believe you have to see how the season plays out. If they continue to lose and Darnold continues with what appears to be a regression, I would say one and done is the way to go. The one-and-done route is not that common. If you eliminate the interim head coaches, over the last 10 seasons only two head coaches were one-and-done. In 2013, Rob Chudzinski of the Cleveland Browns was fired after a 4-12 season. In 2018 Steve Wilks was fired by the Arizona Cardinals after a 3-13 season. However the combination of a really poor record and a regressing young quarterback would be justification. If things turn around at least with Darnold another year may be the way to go. Again a victory this week would be key to Gase keeping his job.

Can the Giants be a Super Bowl Contender in 2020?

2020 NFL Draft Prospects For the Giants

Some Notes On the Division Playoff Game Teams

Giants vs Redskins – The Rookies